Biomedical Engineering has knocked the doors of innovation constantly in past 1 year. Here we summarise the role of some major ones there are many more innovations as well, These are the major ones which changed the whole scenario of Medicine & healthcare around the world

After seeing all of them I hope you will say

I AM PROUD TO BE A BIOMEDICAL ENGINEER

With a great leap in the field of science and technology at the beginning of the 21st century, people were able to witness the appearance of numerous inventions some of which are already helping patients worldwide, while other devices could lead to serious innovations in the near future. 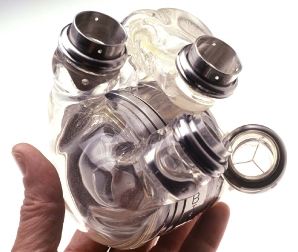 In July 2001, a group of surgeons from Louisville, Kentucky managed to implant a new-generation artificial heart in a patient. Dubbed AbioCor, the device was implanted in a man who suffered from heart failure. The artificial heart was developed by Abiomed, Inc., a company with headquarters in Danvers, MA.

Although artificial hearts have been used in humans before, AvioCor proved to be more technically advanced than all of its predecessors. It is worth mentioning that previous artificial hearts required the user to be connected to a huge console through tubes and electrical power lines that passed through the person’s skin. This meant that the patient had to be bedridden.

AbioCor is completely self-contained inside the body, having no tubes or lines running through the skin. Thus patients are not tied to a console, which means that they can perform routine functions. AbioCor has its battery located in an external battery pack that the patient can wear on the belt. Read more about the device here. 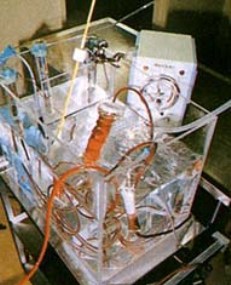 The idea to develop a new bio-artificial liver came to Dr. Kenneth Matsumura. He decided to come up with a totally new approach in creating an artificial liver. Matsumura thought of building a device that makes use of liver cells collected from animals rather than developing an apparatus with a myriad of tools to carry out each of the liver’s functions.

The device is called “bio-artificial” due to the fact that it is made of both biological and manufactured component parts. The blood of the user circulates through the device and a unique synthetic membrane parts it from the animal cells. It would be interesting to note that the membrane plays an important role in the device – it prevents the rejection of the cells, while permitting the cells to detoxify the user’s blood just like a natural liver.

In 2001 TIME magazine named the device Invention of the Year. More information can be found here and here. 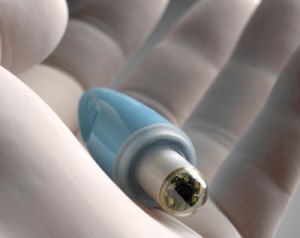 With the invention of this camera pill it became possible to spot the earliest signs of caner.

The device was developed with the goal of taking quality, color images in confined spaces.

It can detect early signs of esophageal cancer, which is the fastest growing type of cancer in the United States.

According to Eric Seibel, the lead researcher at the University of Washington, the pill has a width of an adult fingernail and is twice as long.

Using the new scanning device is rather cheap due to the fact that it is small and there is no need of anesthesia and sedation. More information about the pill can be found here.

The bionic eye is the work of researchers from the University of Washington in Seattle. They managed to mix for the first time an elastic contact lens with an imprinted electronic circuit.

The invention allows the wearers to see the world by superimposing computerized pictures onto their natural view.

According to the researchers, the bionic contact lens could be used by drivers and pilots, providing routes and information on weather or the vehicle.

In addition, the lens could help monitor a person’s biological conditions such as cholesterol level or the presence of viruses and bacteria. The collected data can then be sent wirelessly to a computer.

More information on bionic lens can be found here. 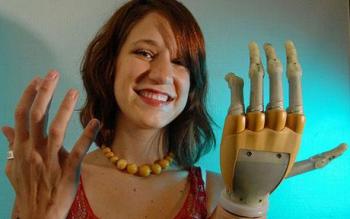 Invented by David Gow in 2007, the device, known as the iLIMB, became the world’s first artificial hand to boast 5 individually powered fingers.

Thus people who use the invention are able to grip objects of different shapes, for example coffee mug handles.

To develop the iLIMB, Gow had to overcome a large number of obstacles. He built the iLIMB with 3 separate parts: the finger, thumb and palm, with each part featuring its own motor-control system.

It would be interesting to note that the iLIMB was named by the “Popular Science” magazine one of the best innovations. More on iLIMB can be found here.

Surgeons have been using robotic arms for some time, but in the 21st century technology made a huge step in the field of robotics and today researchers are working on robots that could autonomously carry out different operations on patients.

A group of scientists the Duke University in North Carolina managed to see surgical robots in action. They tested the machines on a dead turkey (its flesh texture is similar to humans) and noticed that robots registered a 93 percent success rate in a surgery that involved cutting into prostate tissue.

It is too early to talk about autonomous machines that will be able to perform serious surgeries. Nevertheless today we have robo-surgeons that with the help of humans carry out serious operations.

For example, in 2010 a group of surgeons at McGill University used the da Vinci robo-surgeon together with a robot anesthesiologist, dubbed ironically McSleepy, to remove a patient’s prostate. It was the world’s first surgery performed without direct implication of humans, with surgeons involved only in the process of controlling the robots. Additional information on this surgery can be found here. 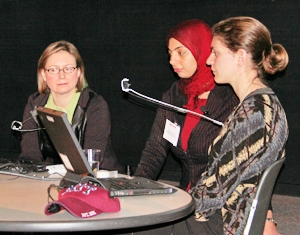 “Mind-reading” is a term used in psychology and represents the subconscious detection and analysis of nonverbal cues, for example facial expressions and head movements. These cues allow people to spot each other’s emotional states.

This invention is the brainchild of three scientists from the MIT Media Lab. The mind-reading machine scans brain signals of the user and alerts them to the emotional state of the individual they are in a conversation with.

Dubbed, the Emotional Social Intelligence Prosthetic, the invention was unveiled by Rana El Kaliouby at the 2006 Body Sensor Network Conference.

It is worth mentioning that the device could be used to help people with autism improve the degree of learning the social cues of other people. The invention is especially useful to people diagnosed with Autism Spectrum Condition (ASC), who often find it difficult to evaluate the emotions of other people on their own. More information on the device can be found here.

Elekta Axesse is one of the contemporary devices used today to treat cancer. This invention was created to treat a large number of targets throughout human body, including tumors located in the spine, lung, prostate, and liver.

During the treatment doctors have the possibility to observe a 3D image of the location that is to be treated.

In addition, they obtain an ultra-conformal beam shaping, a comfortable patient positioning system, advanced treatment planning and more. More about Axesse can be found here.

Developed to help people suffering from paraplegia, the exoskeleton from Berkeley Bionics, dubbed eLEGS, is one of the most impressive inventions of the 21st century.

The exoskeleton for paraplegics is an easy to wear, artificially intelligent, bionic mechanism that could be used not only by patients in hospitals, but also at home, allowing users to stand, walk and even climb stairs.

The device can be adjusted to fit patients that are between 5’2″ and 6’4″ and weight maximum 220 pounds. More on eLEGS can be foundhere.

This device was invented to help people bound to bed communicate. It is the brainchild of researchers from the Ebeling Group, the Not Impossible Foundation and Graffiti Research Lab.

The EyeWriter makes use of low-cost eye-tracking glasses equipped with open-source software. Thus it allows people with one of neuromuscular syndromes to communicate with others by writing or drawing on the screen by tracking their eye movement and converting it to lines on a display.

Tony “Tempt” Quan, graffiti artist from Los Angeles was the one who has come up with this invention after being diagnosed with Lou Gehrig’s disease in 2003. More on the EyeWriter available here.