Mosharaka International Conference on Biomedical Engineering, Electronics and Nanotechnology (MIC-BEN2011) to be held in Amman, Jordan in the period 9-11 September 2011 (http://mosharaka.net/?Cat=Conferences&Pag=ConfHome&Cid=24).

This conference accepts paper submissions in the following tracks/topics:

LIGHTING UP GREY AREA: A step towards an organic computer

It Tracks Changes In Brain Activity & Can Help People With Dementia

WHAT IS NANOTECHNOLOGY & NANO BIOSENSOR ?

PLUG BASED/ SAW BASED MICROFLUIDICS

BY TRUE BIOMEDICAL EXPERTS AND

GET YOURSELF TRAINED IN THE WAY THE HEALTHCARE INDUSTRY WANTS YOU TO BE !!

This is a preview of EXCLUSIVE HANDS ON TRAINING IN BIOMEDICAL EQUIPMENTS AT KOLKATA (DETAILS UPDATED). Read the full post (847 words, estimated 3:23 mins reading time) 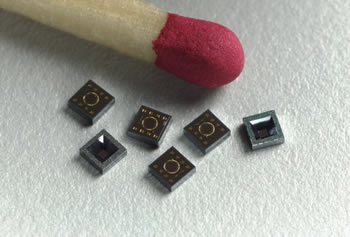 MEMS are also referred to as micro machines, or Micro Systems Technology (MST). MEMS are separate and distinct from the hypothetical vision of Molecular nanotechnology or Molecular Electronics.

MEMS generally range in size from a micrometer (a millionth of a meter) to a millimeter (thousandth of a meter). At these size scales, the standard constructs of classical physics do not always hold true. Due to MEMS’ large surface area to volume ratio, surface effects such as electrostatics and wetting dominate volume effects such as inertia or thermal mass. Finite element analysis is an important part of MEMS design.