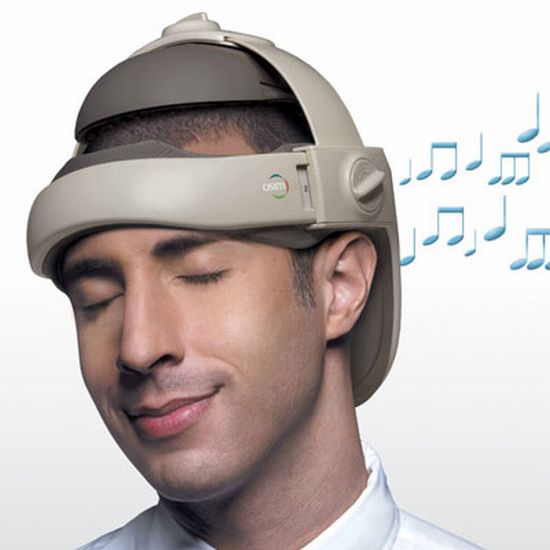 Massages are great, but I generally prefer the touch of another human over a machine.

Now Osim, the folks who brought us the massaging MP3 player, have one upped their earlier efforts with the uCrown 2 head massager. Combining air pressure technology, vibration massage, magnetic therapy, gentle heat, and even some built in speakers so you can play some relaxing Yanni music, the uCrown 2 is designed to relieve stress while relaxing your muscles. My only concern is that the benefits will be outweighed by the embarrassment of your family pointing and laughing at you.

This is a preview of Head massaging hat has been made. Read the full post (115 words, 2 images, estimated 28 secs reading time)

Green Tea As A Natural Anti-Depressant?

According to a recently released Japanese study, drinking several cups of green tea a day may work as a natural anti-depressant for older men and women, adding yet a another healthful boon to the increasingly researched wonder beverage.

Researchers at Sendai’s Tohoku University Graduate School of Biomedical Engineering found that elderly people over the age of 70 who drank four or more cups of green tea per day were 44 percent less likely to struggle with depression than those who drank less than four cups.

This is a preview of Green Tea As A Natural Anti-Depressant? Red orbit. Read the full post (464 words, 2 images, estimated 1:51 mins reading time) 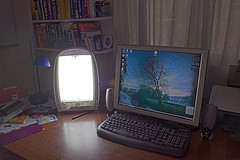 Phototherapy, or light therapy, is the administration of doses of bright light in order to normalize the body‘s internal clock and/or relieve depression.

Phototherapy is generally administered at home. The most commonly used phototherapy equipment is a portable lighting device known as a light box. The box may be mounted upright to a wall, or slanted downwards towards a table. The patient sits in front of the box for a prescribed period of time (anywhere from 15 minutes to several hours).

Image by Getty Images via Daylife

A refractometer measures the extent to which light is bent (i.e. refracted) when it moves from air into a sample and is typically used to determine the index of refraction (aka refractive index or n) of a liquid sample.