BioAsia  2015 was an initiative to spur innovations in healthcare & life sciences through co-creation. Healthcare Devthon brought together healthcare experts, doctors, designers, engineers, technologists and developers together onto one platform to discover, design and rapidly prototype technologies and solutions relevant to the life sciences and healthcare fields. The goal is to facilitate the development of products and services that address unmet needs and are positioned to be rapidly adopted by end-users.

This is a preview of Biomedical Engineers from Hyderabad ace at BioAsia Healthcare 2015. Read the full post (234 words, 1 image, estimated 56 secs reading time)

Medical researchers have successfully enabled a paralyzed monkey to move its hand, by delivering messages from the brain directly to the muscles, completely bypassing the spinal cord. This is a breakthrough for spinal-cord injuries, it opens doors to future brain implants that could restore movement in paralysed limbs.

A new Northwestern Medicine brain-machine technology delivers messages from the brain directly to the muscles – bypassing the spinal cord – to enable voluntary and complex movement of a paralyzed hand. The device could eventually be tested on, and perhaps aid, paralyzed patients. 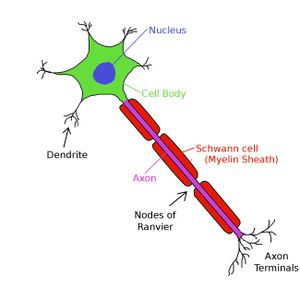 Neuroscientists at the Mayo Clinic campus in Jacksonville, Fla., have demonstrated how brain waves can be used to type alphanumerical characters on a computer screen. By merely focusing on the “q” in a matrix of letters, for example, that “q” appears

Researchers say these findings, presented at the 2009 annual meeting of the American Epilepsy Society, represent concrete progress toward a mind-machine interface that may, one day, help people with a variety of disorders control devices, such as prosthetic arms and legs. These disorders include Lou Gehrig’s disease and spinal cord injuries, among many others.

This is a preview of Brain Waves Can 'Write' on a Computer in Early Tests, Researchers Show. Read the full post (684 words, 2 images, estimated 2:44 mins reading time)