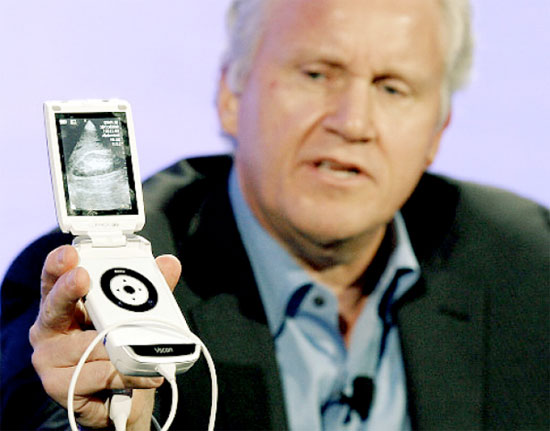 This is the GE VScan portable ultrasound machine. Yes, it looks almost exactly like a flip phone, but you can’t make any calls on it.

Instead, it’s designed to make giving ultrasounds cheaper and easier, reducing the number of referrals and improving diagnoses. Because more doctors will be able to have these things, they’ll be able to use them instead of sending patients elsewhere. Also, they can carry one in their purse in case they really need to do an ultrasound on the go, which I’m sure will come in handy.