Wavelets have the remarkable property of providing sparse representations of a wide variety of “natural” images. They have been applied successfully to biomedical image analysis and processing since the early 1990s.

In the first part of this talk, we explain how one can exploit the sparsifying property of wavelets to design more effective algorithms for image denoising and reconstruction, both in terms of quality and computational performance. This is achieved within a variational framework by imposing some ?1-type regularization in the wavelet domain, which favors sparse solutions. We discuss some corresponding iterative skrinkage-thresholding algorithms (ISTA) for sparse signal recovery and introduce a multi-level variant for greater computational efficiency. We illustrate the method with two concrete imaging examples: the deconvolution of 3-D fluorescence micrographs, and the reconstruction of magnetic resonance images from arbitrary (non-uniform) k-space trajectories.

In the second part, we show how to design new wavelet bases that are better matched to the directional characteristics of images. We introduce a general operator-based framework for the construction of steerable wavelets in any number of dimensions. This approach gives access to a broad class of steerable wavelets that are self-reversible and linearly parameterized by a matrix of shaping coefficients; it extends upon Simoncelli’s steerable pyramid by providing much greater wavelet diversity. The basic version of the transform (higher-order Riesz wavelets) extracts the partial derivatives of order N of the signal (e.g., gradient or Hessian). We also introduce a signal-adapted design, which yields a PCA-like tight wavelet frame. We illustrate the capabilities of these new steerable wavelets for image analysis and processing (denoising). 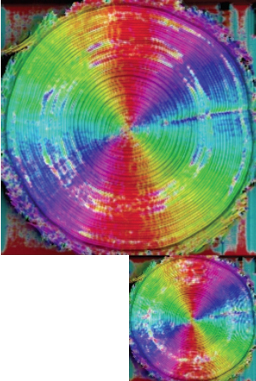 Engineering Science Seminar, University of Oxford, UK, January 15, 2010. We introduce an Nth-order extension of the Riesz transform that has the remarkable property of mapping any primary wavelet frame (or basis) of L2(?2) into another “steerable” wavelet frame, while preserving the frame bounds. Concretely, this means we can design reversible multi-scale decompositions in which the analysis wavelets (feature detectors) can be spatially rotated in any direction via a suitable linear combination of wavelet coefficients. The concept provides a rigorous functional counterpart to Simoncelli’s steerable pyramid whose construction was entirely based on digital filter design. It allows for the specification of wavelets with any order of steerability in any number of dimensions. We illustrate the method with the design of new steerable polyharmonic-spline wavelets that replicate the behavior of the Nth-order partial derivatives of an isotropic Gaussian kernel.
The case N=1 is of special interest because it provides a functional framework for performing wavelet-domain monogenic signal analyses. Specifically we introduce a monogenic wavelet representation of images where each wavelet index is associated with a local orientation, an amplitude and a phase. We present examples of applications to directional image analyses and coherent optical imaging.