FDA reviewers expressed concern over the long-term safety of what could be the first retinal prosthesis device despite evidence that it helps improve the vision of some nearly blind patients.

Members of the FDA’s Medical Devices Advisory Committee will vote Friday on whether to recommend approval of the Argus II Retinal Prosthesis device. Members of the ophthalmic panel also will discuss and recommend possible post-approval study requirements should the device ultimately gain FDA clearance.

The Argus II is designed for use by patients with severe to profound retinitis pigmentosa, who experience progressive vision loss, often leading to blindness.

The device, manufactured by Second Sight Medical Products, is a three-part system. It includes a video camera attached to a pair of eyeglasses, a processing unit, and an implanted retinal prosthesis. 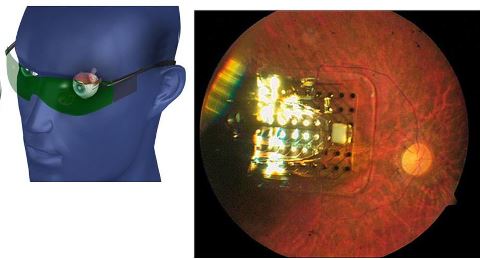 The glasses capture images, which are sent to the processing unit worn on a belt. The processor transforms the images into an electrical stimulation pattern that’s sent to the implanted retinal prosthesis.

In the single-arm feasibility study submitted in support of the device, 19 of 30 patients showed no device- or surgery-related adverse events, but FDA staff reviewers cited three notable events that occurred at 2 two years after the retinal prosthesis was implanted.

Events included retinal detachment and retinoschisis, an abnormal splitting of the retina’s neurosensory layers, according to briefing documents prepared in advance of Friday’s meeting.

“While there are concerns regarding the safety profile based on premarket data, there is also concern about the possibility that the frequency of adverse events could increase over time and/or the events could worsen in severity,” staff reviewers wrote.

Draft labeling language for the device warn of a “cascade” of adverse events following an initial minor side effect, the briefing document stated. Four patients in the study experienced this.

Furthermore, the staff reviewers said, the primary endpoint of helping patients correctly see the orientation of grating on squares did not appear to be met.

No patients were able to score reliably without the device, but only eight of 30 were able to score at least once with it on. “The performance of most subjects may indicate that they were not able to use scanning techniques effectively to detect the orientation of the grating bars,” the FDA reviewers said.

Second Sight is seeking approval under a humanitarian device exemption.