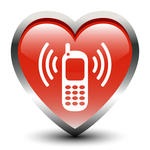 Scientists have developed a tiny chip that can generate power by using the body’s own movement, a technology which they say could soon enable you to recharge your mobile phone by just holding closer to your heart.
Researchers at Georgia Institute of Technology in the US who were behind the invention hoped that as the nanotechnology used in the chip evolves, it could lead to electronics which don’t require batteries or mains power. Hailed as a milestone, it can use tiny movements such as the pinch of a finger to generate power, British newspaper the Telegraph reported.
Zhong Lin Wang, who led the research, said, “This development represents a milestone toward producing portable electronics that can be powered by body movements without the use of batteries or electrical outlets. ”
Wang and his team used the device to power LCD displays and diodes, as well as to transmit a radio signal once its generated power has been stored. The device, they said, is thousands of times more powerful than its predecessors, allowing scientists to take the technology out of the lab for the first time.
The technology works by using zinc oxide nanowires, which generate electricity when strained or flexed. This mean virtually any body movement — from walking to a heartbeat — can generate power, the scientists said. Wang’s team worked to capture and combine the power of millions of the nanowires, which are so small that 500 could fit in a human hair.
Five nanogenerators working together produced about one micro ampere output current at 3 volts about the same voltage generated by two regular AA batteries.