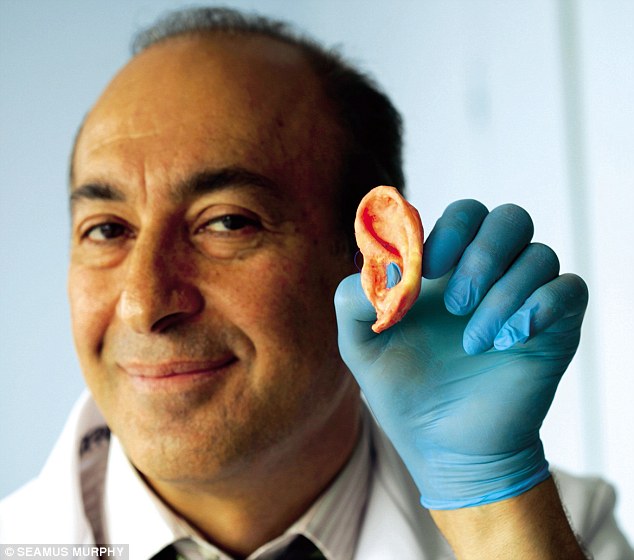 British scientists claim to be for the first time growing human body parts at a laboratory at the University College London, which they say could soon make organ donation a thing of the past. A team, led by Prof Alexander Seifalian of the varsity’s Department of Nanotechnology and Regenerative Medicine, claims it’s actually focussing on growing replacement organs and body parts to order, using a patient’s own cells. “This is a nose we’re growing for a patient next month. It’s a world first.

Nobody has ever grown a nose before,” Prof Seifalian was quoted by the ‘Daily Mail’ as saying. In fact, the scientists say that when the the nose is transferred to the patient, it doesn’t go directly onto the face but will be placed inside a balloon inserted beneath the skin on their arm. After four weeks, during which time skin and blood vessels can grow, the nose can be monitored, then it can be transplanted to the face, they say. Added Adelola Oseni, a team member: “Other groups have tried to tackle nose replacement with implants but we’ve found they don’t last. They migrate, the shape of the nose changes. But our one will hold itself completely, as it’s an entire nose shape made out of polymer.” Looking like very thin Latex rubber, the polymer is made up of billions of molecules, each measuring just over one nanometre (a billionth of a metre), or 40,000 times smaller than the width of a human hair. Working at molecular level allows the material itself to be intricately detailed. “Inside this nanomaterial are thousands of small holes.

Tissue grows into these and becomes part of it. It becomes the same as a nose and will even feel like one,” Seifalian said. Other parts in the making include the trachea – windpipe – to be used in the world’s first synthetic organ transplant, and an artery, say the scientists. “We are the first in the world working on this. We can make a metre every 20 seconds if we need to. However, the full success of these implants needs to be tested with a larger number of patients in clinical trials,” said Seifalian.