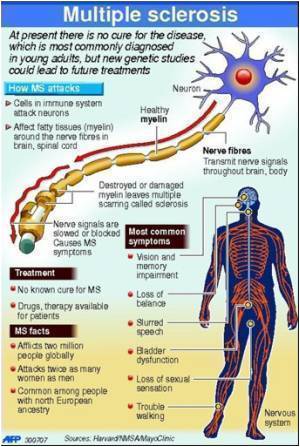 Researchers at the Stanford University School of Medicine have succeeded in transforming skin cells directly into oligodendrocyte precursor cells, the cells that wrap nerve cells in the insulating myelin sheaths that help nerve signals propagate.

The current research was done in mice and rats. If the approach also works with human cells, it could eventually lead to cell therapies for diseases like inherited leukodystrophies — disorders of the brain’s white matter — and multiple sclerosis, as well as spinal cord injuries. The study was published online April 14 inNature Biotechnology.

This is a preview of Researchers turn skin cells directly into the cells that insulate neurons. Read the full post (592 words, 4 images, estimated 2:22 mins reading time)

A compact, self-contained sensor recorded and transmitted brain activity data wirelessly for more than a year in early stage animal tests, according to a study funded by the National Institutes of Health. In addition to allowing for more natural studies of brain activity in moving subjects, this implantable device represents a potential major step toward cord-free control of advanced prosthetics that move with the power of thought. The report is in the the Journal of Neural Engineering.

Prof. Padma Rajagopalan is an Associate Professor in the Department of Chemical Engineering at Virginia Tech. She currently serves as director of the ICTAS Center for Systems Biology of Engineered Tissues.

TSA : An introduction to the field you work in. Where it stands today and what impact it could have on society.

This is a preview of Interview with Prof Padma Rajagopalan on Artificial Liver. Read the full post (1018 words, 1 image, estimated 4:04 mins reading time)

Larry McIntire, Wallace H. Coulter Chair and Professor, spoke to students on November 3rd regarding the past, present, and future of the biomedical engineering department at Georgia Tech. With ‘Wallace H. Coulter’ referenced everywhere in BME, where did it actually come from? As a student studying electronics at Tech in the early 1930s, Wallace Coulter spent two years at Tech before going on to found Coulter Corporation based on his influential work in developing the industrial fine particle counting principle referred to as the Coulter Principle.

This is a preview of Past, Present and Future of Biomedical Engineering. Read the full post (1357 words, 1 image, estimated 5:26 mins reading time)

In 1991, Carl Lewis was both the fastest man on earth and a profound long jumper, perhaps the greatest track-and-field star of all time in the prime of his career. On June 14th of that year, however, Carl Lewis was human. Leroy Burrell blazed through the 100-meters, besting him by a razor-thin margin of three-hundredths of a second. In the time it takes the shutter to capture a single frame of video, Lewis’s three-year-old world record was gone.

This is a preview of Engineers Redefine How Movements are planned by Brain. Read the full post (1183 words, 1 image, estimated 4:44 mins reading time)

By altering the genetic makeup of normally “unexcitable” cells, Duke University bioengineers have turned them into cells capable of generating and passing electrical current.

This proof-of-concept advance could have broad implications in treating diseases of the nervous system or the heart, since these tissues rely on cells with the ability to communicate with adjacent cells in order to function properly. This communication is achieved through the passage of electrical impulses, known as action potentials, from cell to cell.

This is a preview of BioEngineers turn “ON” The Unexcitable Cells. Read the full post (707 words, 1 image, estimated 2:50 mins reading time)