We’re at the cusp of integrating miniaturized electronics and monitoring into engineered tissues and organs.

At the start of the 2009 Star Trek reboot (this is relevant, trust me), the USS Kelvin’s captain meets the enemy on their ship to try to negotiate a cease-fire. His crew uses a kind of sensing technology to track his vital signs—like heart rate, breathing, body temperature—right up to the moment of his untimely demise.

“A big goal of our study was to advance tissue engineering,” says Janna Nawroth, a doctoral student in biology at the California Institute of Technology (Caltech)and lead author of the study. “In many ways, it is still a very qualitative art, with people trying to copy a tissue or organ just based on what they think is important or what they see as the major components—without necessarily understanding if those components are relevant to the desired function or without analyzing first how different materials could be used.” 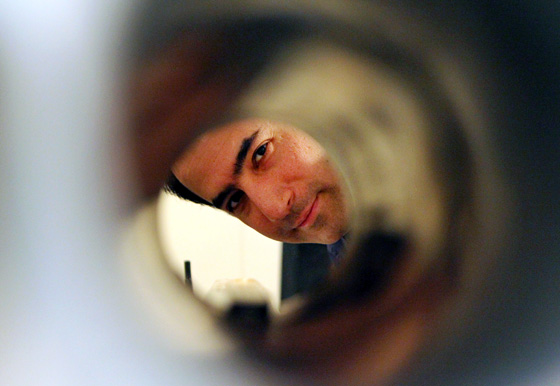 A team of experts at the Yale University has recently announced that it has developed a new series of nanosensors, a class of devices that is able to analyze whole blood samples, and detect the presence of cancer biomarkers in them. The latter are chemical agents that tumors and cancer cells produce, and their existence in the body can only mean one thing. The amazing achievement could soon enable physicians to cut the cancer-detection process short, leaving more time for the actual treatments.

This is a preview of Nanosensors Can Scan Blood for Cancer Biomarkers-This has been achieved in whole blood for the first time. Read the full post (362 words, 1 image, estimated 1:27 mins reading time)

Researchers have discovered the precise chemical chain reaction that could be the much-sought-after puberty trigger: The KiSS-1 gene, which produces a protein in the hypothalamus, a part of the brain, which regulates metabolic activity. When the protein connects with a receptor on another gene called GPR54, puberty is believed to begin. This knowledge may guide the development of better drugs for treating hormone disorders related to puberty.

PITTSBURGH–They’re politely called “the awkward years,” but anybody who can remember going through puberty knows “awkward” is an understatement. Now medical researchers believe they’re close to solving the puzzle of puberty.

This is a preview of Battle of the Sexes: Ovaries Must Suppress Their Inner Male. Read the full post (524 words, 1 image, estimated 2:06 mins reading time)